There’s not much we can call our own when talking about Romanian food and drinks. There are no special ingredients growing on our lands, that no other country has ever seen before, so don’t expect anything too exotic or unheard of. Instead, you can rely on Romanians for hearty, rich meals that can easily be considered comfort food, and recipes you can always take home with you.

Romanian „cuisine”, if you can call it such, has borrowed and adapted from the neighboring countries. That’s why most of our prized local recipes and foods are also considered traditional in Hungary, Turkey, Russia, or Moldova, of course, under different names. Which doesn’t make them less tasty or addictive.

As a general rule, there are no rules when it comes to meals in Romania. We love food and we will have it when we need to have it, not at a certain hour and not in a certain order. We will have dinner food for breakfast and vice-versa, if that’s what we want. And we will have alcohol before lunch, if we feel like it (but that’s a different story).

So, if you’re invited for dinner somewhere or going to a restaurant in Romania, don’t expect a certain hour for eating. In most restaurants, you can order any type of food at any hour, and nobody will look at you funny.

I guess if there’s one tradition we still stick to (especially in more traditional families), that would be having a soup as entree to lunch or dinner. The soup can be sweet or sour (called „ciorbă” [chorba]), and will be followed by a main course, and (optional) desert. But this happens mostly in the families of our parents and grandparents, as modern Romanians are adapting more and more to the fast paced world around them and are either adopting international recipes, or relying on fast food and ready-meals.

And, of course, we still have traditional holiday dishes that we love to eat (and sometimes prepare), and I will detail them below.

Christmas is responsible for a wide selection of traditional foods, as it revolves around the pig’s sacrifice, a tradition that was until recently still legal (I’m sure many still practice it, but it’s now forbidden by law to slaughter your own pig). This tradition is better described in this article (please be advised the images might seem a bit shocking).

A variety of foods is then prepared from the pig’s skin, offal, and meat, and women spend long hours in the kitchen to have everything ready. So when we are visiting our relatives around Christmas, we have to eat a lot of everything, or they’ll feel offended. 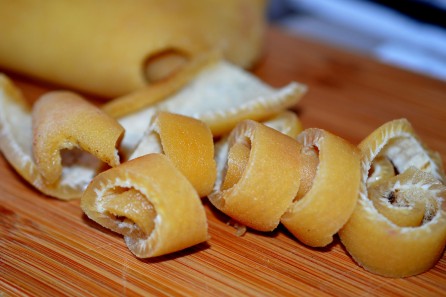 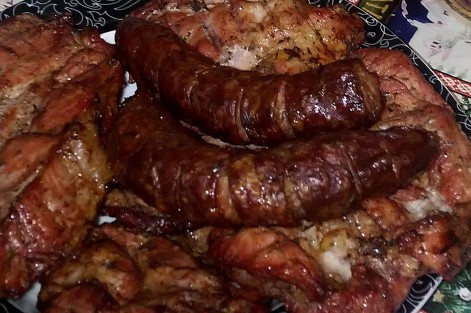 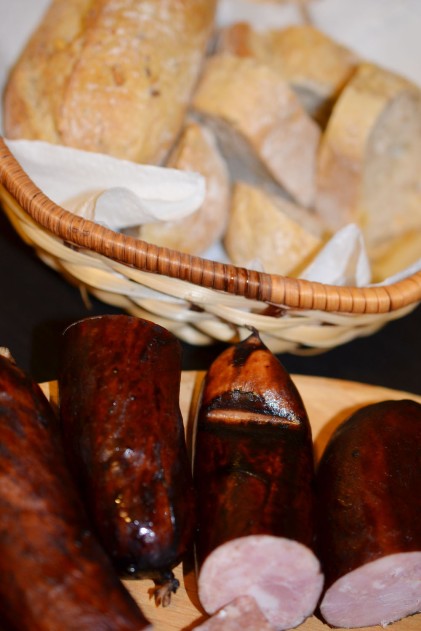 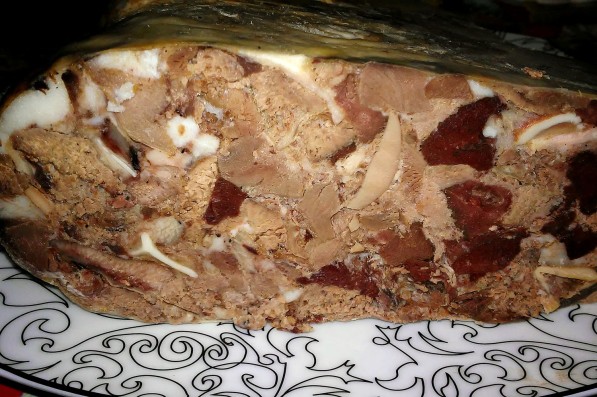 Shop-bought headcheese made with gelatin 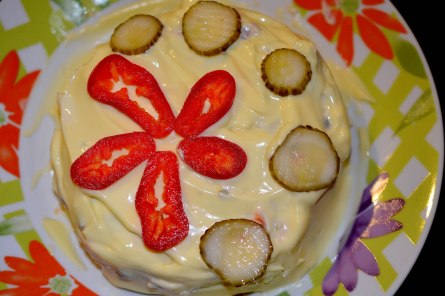 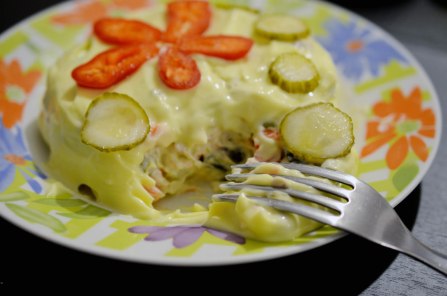 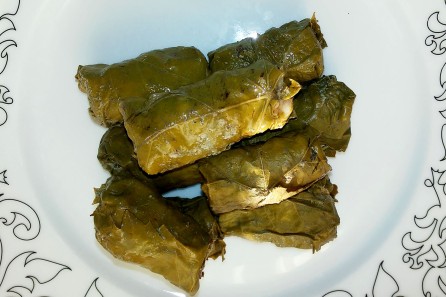 As almost every holiday in Romania is an occasion to both cook and eat a lot of stuff, Easter is not different.

But while Christmas focuses on pork, for Easter, many Romanians prepare lamb recipes, such as:

The other preferred meat is rabbit, but pork and turkey can also be found on the Easter table. As for desert, two traditional things must always be present:

Other foods associated with religious occasions: 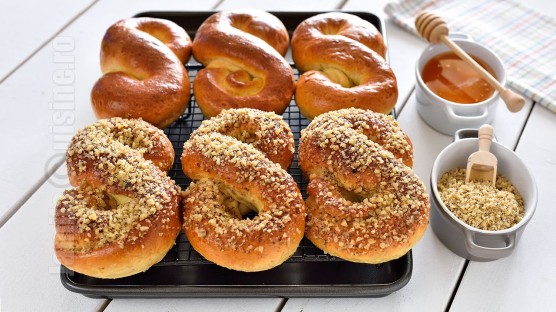 By now, you will have realized that Romanians love two things: pork and garlic. Indeed, these are the main ingredients in many of our recipes. Poultry is second in line as favorite meat, while vegetables and legumes mostly used in our kitchen are beans, peas, cabbage (fresh or pickled), potatoes, bell peppers, onion and eggplant, all of which go great in stews. We’re not that fond of complex salads, but our steaks and sausages go great with simple fresh cabbage and dill salad, tomato and onion salad, pickles, or red beet salad. And, very important, many Romanian foods go great with mămăligă (corn flour porridge) instead of bread, especially when there is some sauce involved. 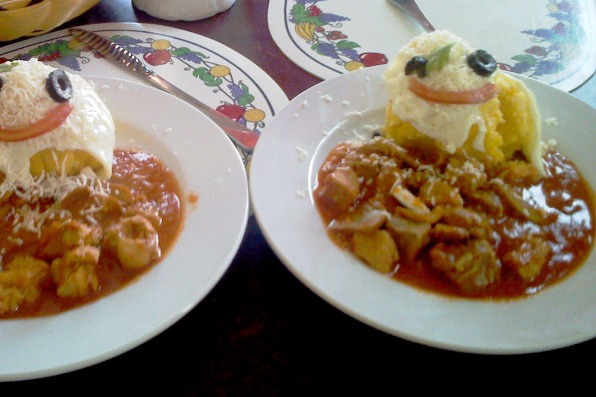 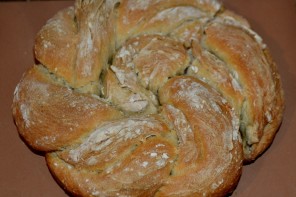 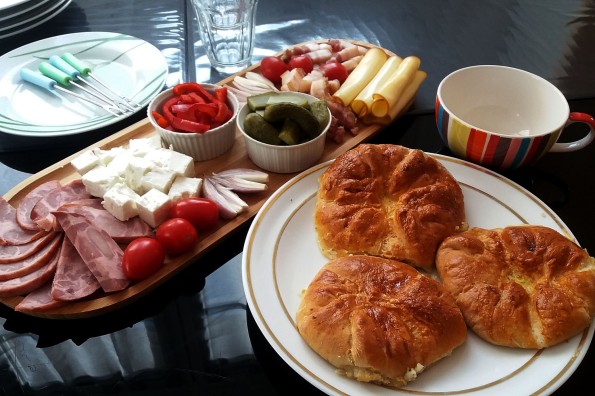